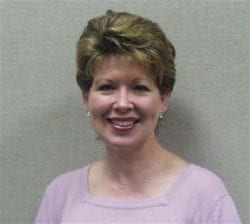 Robin George is a refined, genteel  woman  from Arkansas,  who  knew little  about  lsrael.  She always  loved  history  and  “as  an adult I wanted to figure out what was going on over there. It was so hard balancing what I read in the news with what I read in the Bible.?  While searching for the truth, Robin discovered a love for the people of Israel. “I see prophecy being fulfilled and my heart is tender for the people who came back to their land.? When this  soft-spoken  Southerner  starts talking about Israel, there is fire in her speech and passion in her voice.

Back in 2009, Robin’s good friend, Jan  Shaddox,  introduced  her  to Sondra Baras. After hearing Sondra speak at an event in Minneapolis, Robin realized that CFOIC Heartland was exactly the kind of organization she wanted to support. She consulted with Kim Troup, Director of  CFOIC’s American office, and together they decided on just the right project: a traditional Shabbat dinner for Christians. Robin enlisted Dr. Steve and Jan Shaddox and David and Cathy Evans and together they launched the project.Robin had a dream… a picture in her head, and by paying attention to every detail, she made this event glorious. She needed a space that would accommodate a crowd. “I trusted in the Lord that people would want to come. Christians are becoming more and more interested in Israel, in figuring out the truth, in putting pieces together.?

Naturally, the color scheme was Israeli, with blue and white tablecloths. Robin thought of the perfect centerpiece, though it wasn’t easy finding a source for flowering olive branches in the middle of May in Arkansas! The florist promised her that if necessary, she would personally glue on the olives! “It was very important to me for my guests to see the people of the Biblical Heartland, to feel daily life in the communities.? So Kim Troup sent her pictures and Robin laminated and hung photos from the branches, of the people of Judea and Samaria. Robin  insisted  on  round  tables and family style service instead of a buffet. “Passing dishes from hand to hand is more in keeping with the feeling of a Shabbat meal in a home.?

The menu for the evening started with the traditional braided Challah loaves. “The bread wasn’t kosher, but it was Challah!?  For dessert, Robin commissioned individual cakes for each table, frosted white, topped with blue-icing Stars of David. One  hundred  eighty  people showed up to the Fellowship Bible Church on May 18th, 2011. Kim Troup introduced CFOIC Heartland and then Sondra Baras and Rabbi Naphtali  Weisz  from  Columbus, Ohio presided. They walked everyone through the Shabbat meal, explaining the rituals, the blessings, the songs. Sondra then gave an in-depth analysis of current events in the Middle East and opened the floor to questions.

All proceeds of the evening went to benefit Jewish communities of CFOIC Heartland. Robin modestly explains: “Sometimes it’s hard to think that one homemaker can do much. But G-d does things to people’s hearts. If I was a Jew in Israel it would comfort me to know that I was loved and that people were praying for me. I never want the people of Israel to feel alone.”

Robin enjoys going to CUFI, where she listens to speakers on Middle East issues. While there, she takes the opportunity to visit with her congressmen, who are pro Israel. “Let them see our faces; let them know we appreciate what they are doing. It’s a pity, because sometimes negative is louder than positive and I long for a turnaround.” Robin and her husband Gary have four grown children and six grandchildren, all of whom live nearby. “I am blessed,” says Robin. Robin, we too are blesse