The Politics of Israel – The What and The Who

Tuesday, June 7, 2016   This has been a very political few weeks in Israel and I know many of our friends outside of Israel find it difficult to keep it all straight.  So I thought I would try and clarify things a bit. A year ago, there were national elections in Israel and the […]

The Lies That Surround Us

Tuesday, May 4 ,2016 A top news story today focused on recent statements by members of the British Labor Party against Israel.  One after the other, these politicians said some of the most horrible and anti-Semitic things about Israel and the Jewish people.  There was an accusation that Israel supports ISIS and was behind the […]

You Are Saving Lives!

Spring 2016 This past February 72-year old Devorah Levine collapsed unconscious in her kitchen in the community of Karnei Shomron. The otherwise healthy mother of four and grandmother of twelve was the active type. Neighbors were used to seeing Devorah on her regular walks around town. What a shock this was to the people around […]

Read more ›
Can We No Longer Discuss the Morality of Incidents?

Tuesday, April 5, 2016 Yesterday a group of students from NYU, an American university in New York City, came to visit Karnei Shomron.  They were on a semester in Israel program and as part of a course on religion and politics, they were interested in how religious beliefs affected the settlement movement. They also wanted […]

Read more ›
My Journey Down Under

Tuesday, March 1, 2016 As I write this newsletter, I am in New Zealand, towards the end of a more than 2-week speaking tour “down under.” I had a wonderful time in Australia, as meeting after meeting surpassed my expectations. The audiences were warm and supportive and the numbers at each meeting were more than either […] 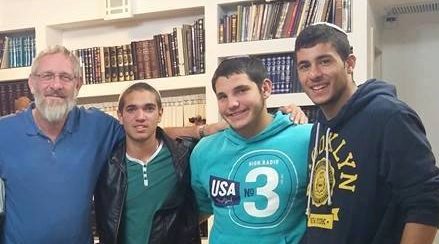 Our Emotional Visit to the Bet Hagai Youth Village

Many of the boys at Bet Hagai come from problematic homes and, as a result, have severe behavioral problems when they come.  snacks.

Yaakov came to the Bet Hagai Youth Village from a particularly difficult family situation. His father had been in jail for most of Yaakov’s life, and his mother was unable to provide for her children. 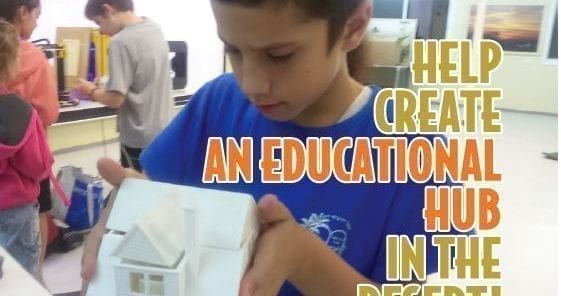 Help Create An Educational Hub in the Desert! Since the regional library is a half hour drive from Hemdat, the local library in that community has become a fixture in the Jordan Valley, not only serving Hemdat residents, but residents from neighboring Maskiot, Roi, Bekaot, and Hamra. It has become a center for children’s activities, […]

Tuesday, February 9, 2016 This last trip to Israel was amazing. It was short, fast-moving, and full of energizing contacts as I visited some of the communities that CFOIC works with in Judea and Samaria. Each stop was a blessing, a testimony of the goodness of our donors and their love of Israel, and an […]

The Hatred That Continues…

Tuesday, February 2, 2016 For months now, terrorism has been raging in Israel.  Not the sort of terrorism we encountered 15 years ago when every other day there were massive attacks and scores of people were murdered each month.  Then, you never knew where the bomb would explode — on the bus, in the coffee […]

By Margy Pezdirtz Tuesday, January 19, 2016 It isn’t often that this Christian gets to attend an Orthodox Jewish wedding; however, tonight was one of those rare exceptions – a moment in time. Monday night, the second day of the week when God said, “it is holy” twice, was the wedding of Rabbi David Baras […]